In August 2011, 52 Mexicans were killed in Mexico when members of the Zetas drug cartel broke into a casino in Monterrey, poured gasoline on the floor, and set it on fire.

Former Mexican President Felipe Calderón responded to the killing by condemning it as an “aberrant act of terror and barbarity.” Also, he later asserted that “it is evident that we are not faced with ordinary delinquents but by actual terrorists who know no boundaries.”

There was a huge debate arising out of the issue as to whether the drug cartel could be regarded as terrorists, insurgents or not, and whether the struggle between the government and the drug cartels would qualify as an armed conflict or not.

This article has addressed the contentious question by answering why the situation cannot be termed as an armed conflict under international humanitarian law.

A History of Mexico’s Drug Cartels

Drug cartels have existed in Mexico since the early half of the twentieth century.

Mexican President Miguel de la Madrid, during the 1980s, announced that drug trafficking was a national security problem of Mexico.

The Adoption of a Militarized Approach

This brought a situation where Mexican citizens were complaining about the torture, disappearances, extrajudicial executions, and excessive use of force at the hands of the army and navy although the government directed the military to use force only when it was “strictly inevitable” or “indispensable” to the fulfillment of an assigned mission or enforcing Mexico’s Federal Law of Firearms and Explosives.

Despite this militarized measure, the rate of drug cartels did not reduce. Analysts however predicted that the step of government might help to fill the “security gap”.

On the other side of the border, the United States, under President George W. Bush agreed to initiate the “Mérida Initiative”.

The key objective of the plan was to “increase the effectiveness of collective efforts against organized crime groups.”

The Obama administration has kept the program going, requesting $234.0 economic aid for Mexico in the fiscal year 2013.

Apart from this initiative, the Pentagon has also escalated its involvement in Mexico over the years.

Department of Homeland Security (DHS) Secretary Janet Napolitano conceded that “in certain limited ways,” the U.S. military has been working with the Mexican military to combat drug cartels.

The Rhetoric of Mexico at War

Despite the Mexican government’s stated rejection of an armed conflict classification, war rhetoric is frequently used within its boundaries.

Mexican legal scholars Pedro Salazar and Ugarte claim that Mexican officials have used a “vocabulary” of war, emergency, urgency, necessity, and power, as well as imposed corresponding restrictions, to create the impression that extraordinary circumstances exist that require an exceptional response from the government.

President Calderón by reminding Mexican citizens that the “war” against the drug cartels will be costly, both economically and in terms of human lives, directed people’s minds towards a premise that the current situation could be an armed conflict.

In March 2011, Representative Michael McCaul introduced legislation that would require the Secretary of State to place six drug cartels on the Foreign Terrorist Organization (FTO) list.

McCaul argued that Mexican drug cartels operated like al Qaeda, the Taliban, or Hezbollah which are terrorist organizations.

The term “war” is often referred to, for describing the violent confrontation that is taking place between Mexico and the drug cartels.

However, international humanitarian law (IHL) demands that words be chosen more carefully when they take on a legal character.

IHL recognizes two types of conflict IAC (international Armed Conflict) wherein 2 or more states are involved and NIACs (Non-international armed conflicts) are intra-state and involve the participation of at least one non-state actor.

The present situation of drug-related violence in Mexico is frequently misinterpreted as a NIAC however the constituents of a NIAC are not present in the situation for it to qualify as a NIAC, according to the author.

According to Article 3 of the Geneva Conventions. “Armed conflicts not of an international nature occurring on the territory of one of the High Contracting Parties”.

In the jurisprudence of the ICTY in Prosecutor v. Tadić, the ICTY embraced a definition of armed conflict much broader than that envisioned by Additional Protocol II asserting that one exists whenever “there is a use of armed force between States, or long-term armed conflict between state authorities and organized armed organizations, or such groups within a State.”

The elements for NIAC provided by Additional Protocol II are not satisfied in the instant case because the majority of the conflict does not involve the “High Contracting Party,” the Mexican government, but is instead of taking place between drug cartels.

Ninety percent of all drug-related homicides in Mexico consist of one cartel member killing the member of another cartel.

The ICTY also noted that “the intensity of the conflict has ensured the continuous involvement of the Security Council since the outbreak of fighting.”

There are reports notifying that the drug cartels are acquiring dangerous military weaponry.

Mexico’s Internal Displacement Monitoring Center estimates that 115,000 individuals have been relocated as a result of drug-related violence in the country.

However, the present situation does not qualify as a NIAC because far more complex considerations have not been satisfied as required by court jurisprudence.

Additional Protocol II suggests three characteristics for the level of an organization:

Referring to Common article 3’s commentary, for drug cartels to have engaged in a NIAC, they must be “an organized military force, a commander responsible for its actions, operating within a particular territory, and possessing the capacity to respect and enforce the Convention.”

However, the drug cartels do not possess such characteristics. The drug cartels are incapable of defining a military strategy and coordinating and carrying out sophisticated military operations.

The Mexican drug cartels are structured more like businesses than armies, employing contractors “including chemists, pilots, accountants, lawyers, architects, and assassins” to manage different aspects of their enterprise.

Another important element cited in both Common Article 3 and Additional Protocol II is that NIAC parties typically exert some type of territorial control analogous to KLA controlling fifty percent of Kosovo’s territory.

But, “Capturing territory is not the primary goal of organized criminal groups.” Thus, the criterion of an organized structure does not suffice.

The Academic Case for War

Mutilated bodies, decapitations, and torture have become the hallmarks of the drug cartels’ reign, using the tactics of the terrorist.

Craig Bloom argues that “the violence in Mexico rises to the level of an ‘armed conflict’ within the meaning of international law.” He even argues that the Mexican drug cartels and al Qaeda are “indistinguishable.”

As far as means and methods go, a NIAC exists in Mexico just as it does between the United States and al Qaeda. But it has been noted that drug cartels could never pose a terrorist, insurgent, or armed-conflict threat to Mexico.

THE LEGAL CONSEQUENCES OF “WAR”

The Use of Force

Under the U.N. Basic Principles on the Use of Force and Firearms by Law Enforcement Officials, law enforcement officers can only use lethal force “when strictly unavoidable in order to protect life.” When the individual does not pose a direct threat “then lethal force might well be considered disproportionate.”

Although IHL imposes various restraints on the use of force, it provides much less guidance on the detention and prosecution of combatants in NIACs.

The Mexican drug cartel doesn’t display the characteristics of prisoners of war which is stipulated in article 4 of the third Geneva Convention.

Under the Third Geneva Convention, POWs may not be prosecuted for their participation in hostilities.

According to the United States Supreme Court., “the objective of detention is to prevent captured persons from returning to the battlefield and taking up weapons again.”

It has been clearly evident that drug cartels are not committed to conducting violence and may actually behave quite peacefully when doing so coincides with their profit motives.

Therefore, the drug cartels do not pose a continuous security threat in the same way that a traditional combatant does.

It was referred that the drug cartel can be regarded as the second category of combatants who do not enjoy the immunity from prosecution for their participation in armed conflict as lawful combatants do.

Mexico has been curtailing the basic rights of the suspects of organized crime.

For example, those suspected of engaging in organized crime can be detained in solitary confinement cells in special detention centers for up to eighty days without criminal charges.

During that time, they are not entitled to legal representation. Human Rights Watch notes that torture is a serious problem during the period in between arbitrary detention.

Mexico has been influenced by the criminal justice system of the United States for detaining and prosecuting individuals during an armed conflict.

It is unclear how Mexico might choose to prosecute drug cartel members under the laws of war. In 2008, Mexico’s Constitution was amended by aligning with the criminal justice system of the United States.

This reform was “designed to promote the efficient administration of justice, enhance transparency, safeguard rights, stamp out impunity and reign in corruption.”

What was the cause of the Mexican War?

The major reason for considering the drug cartel was due to the increasing brutality of the violence.

The U.N. Convention Against Transnational Organized Crime states that an “organized criminal group” is a “Structured group of three or more individuals, existing for a duration of time and working in concert with the intent of committing one or more severe crimes or offenses defined in accordance with this Convention in order to acquire a financial or other material advantages, directly or indirectly.”

Scholars argue that Mexico’s Drug cartel appropriately fit under the terminology of organized crime because of non-ideological, profit-driven motives and fluid organizational structure characteristic. Drug cartels do not easily qualify as either terrorists or insurgents.

Similarly, drug cartels have no interest in fully controlling the state apparatus. For drug cartels, violence is simply a means of doing business that is used to “discipline, enforce transactions, limit the entry of competitors, and coerce.” Profit maximization is the ultimate goal.

Both Mexico and the United States are signatories to U.N. Convention Against Transnational Organized Crime (UNTOC), however, the UNTOC has been criticized for having some critical deficiencies that make it difficult to track its progress.

UNTOC is without a governing body capable of conducting evaluations. The Washington Office on Latin America has suggested that the United States invest in drug prevention and treatment to reduce the domestic demand.

In the case of Colombia, the Colombian National Police, not the Colombian military, played a decisive role in the defeat of the Cali and Medellín Colombian drug cartels.

Drug-related violence in Mexico cannot be considered as a non-international armed conflict (NIAC). Firstly, because the intensity of the violence is questionable.

Secondly, the existence of an organized structure is absent.

The non-state armed group should be:

Drug cartel does not comprise an organized structure with a political objective. A drug cartel is driven by a profit motive.

The drug cartels are incapable of defining a military strategy and coordinating and carrying out sophisticated military operations.

The article helps in understanding the situation wherein there is the commencement of an armed conflict not of an international character.

War has winners and losers however in the case of drug cartels, there aren’t winners or losers.

The notion of using Military force to eradicate drug cartels is very unreasonable.

One of the main ways to eradicate this could be the discouragement of the consumers. The author concluded that the war is a metaphor.

The real struggle in Mexico is for responsible governance, economic opportunities, and justice.

Recently graduated BALLB from Kathmandu School of law. I am currently working as a junior associate in a Law Firm. I am passionate about researching various legal issues across the world. 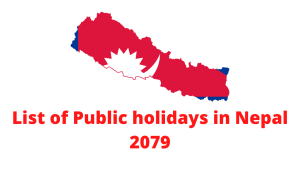 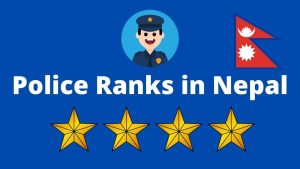